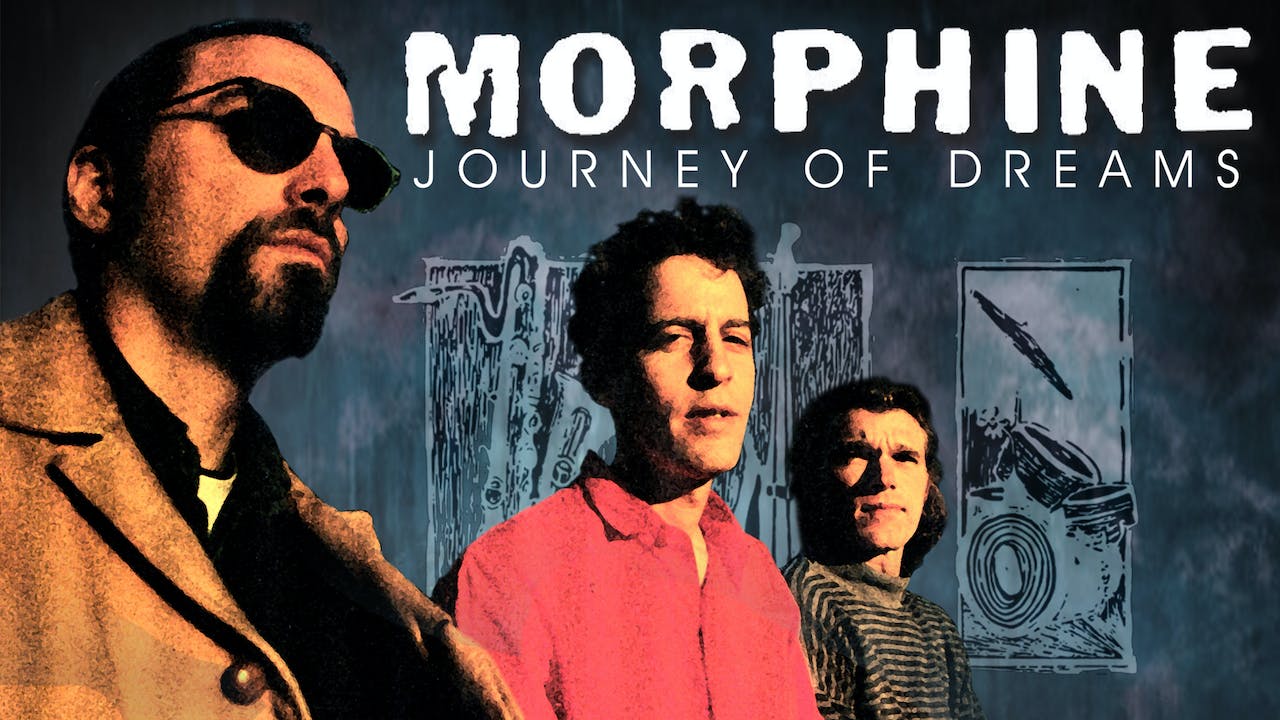 The band Morphine blazed like a comet across the global music scene in the 1990s with its innovative "Low Rock" sound. Fronted by two-string bassist/vocalist/songwriter Mark Sandman, the trio rose from local Boston clubs to indie and major label record deals, international touring, and wide critical acclaim until their tragic and untimely demise in 1999. In "Morphine: Journey of Dreams," the group's surviving members and associates tell their story intercut with passages from saxophonist Dana Colley's vivid tour journals. Rare live performances from throughout their career woven into the story display why their unique and mesmeric sound continues to resonate with music lovers today. This artfully delivered documentary doesn't just get behind but rather inside the music and the soul of the group to honor Morphine's notable artistic achievements and the creative bond the musicians shared.